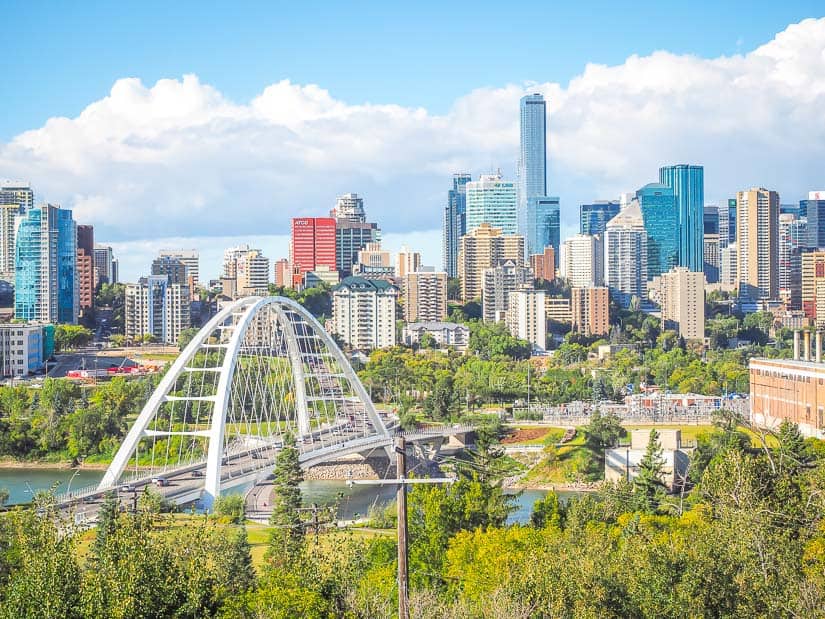 Below you’ll find 40 general, cool, weird, and historical facts about Edmonton. This happens to be the city where I live, so you can also check my articles on best things to do in Edmonton and visiting Edmonton with kids if you happen to be in town.

There ended up being so many cool facts about Edmonton’s ginormous shopping mall that I’ve made a totally separate post covering all the crazy facts about West Edmonton Mall.

I do my best to verify the accuracy of all content published here. If you spot any errors, feel free to get in touch and let me know!